I loved Baahubali – loved the visuals, the grandeur, the old-world story. I came away thoroughly entertained and even took a little pride in how “Indian” animation has come of age on-screen, holding up decently against international comparisons. Also, I loved the powerful women – the Queen Mother’s commanding presence and wisdom, the imprisoned queen’s resoluteness and conviction, the tribal mother’s fierce protection of her son, the young warrior’s fiery encounters and rebel spirit. I did wish during the song sequences that the director felt confident enough in his own material, rather than choose to spread his bets on assorted zoomed-in parts of the female anatomy to ensure ticket sales, but you know, one is looking forward to the real meat (pun unintended) of the story and one wants to overlook the assorted mid-riffs and bosoms and hips presented as individual objects of attraction. 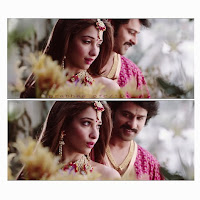 Well, I don’t think it quite deserves the rape tag. To me, the sequence is a botched imagining of how a fierce warrior might get in touch with her feminine side. She is prime for it – young, dedicated to a cause, occasionally confused by unexplored yearning, seeking her answers in nature and solitude. You can see her lying on the riverside, poignantly looking at her reflection, restless, taking comfort in the cold earth below her, the tingling of the fish on her hands. If she met the love of her life then, even a mere object of attraction of the opposite sex, her commitment would have to contend with her new-found desire, triggering an internal conflict. The sequence tries to externalize this conflict – however, it is not executed well, Prabhaas has to look a little less smug and work a little more on his emoting, the choreography might have been more intense and less skin show – and therefore it falls flat and seems unreal. (Watch this sequence from Minsara Kanavu, where the protagonist’s inner conflict between desire and loyalty is depicted through dance. Here, the female character takes the initiative and draws him out.)

Of course, it is funny that the moment the woman is in love, she seems to lose all her cunning and wily war moves and walks unguarded in open territory, promptly getting caught by the king’s men. But it is not surprising since it is the norm in a hero-centric movie but merely disappointing – you expected something better from the director.  (Also, reminds one of the Scary Movie trope – if the heroine has had sex, she’s the next victim!) 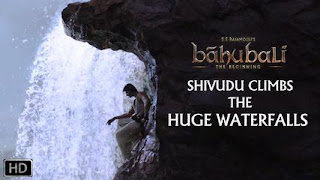 My troubles with the sequence are different and more conceptual. Sure, it applies to a thousand Indian movies, as many people are pointing out in rightful defence of Baahubali, so it probably merits reiterating that this is only a case in point to start a conversation. The first has to do with entitlement. The tribal boy Shivudu is mesmerized by the mask and its potential owner. The mountain that he has been trying to climb ever since he could walk, the mountain that proved too slippery for him a thousand times before – he scales that mountain, jumping across chasms, hanging from branches, inching his way across half-foot ledges several thousand feet in the air, truly defying death, all because he is enchanted by the idea of the face behind that mask. The Muse of his imagining has led him to perform tremendous acts of agility and endurance.  And when he finally arrives in Mahishmati, you can see that expectation in his face. You can almost hear him say, “Here I am now, where is my prize?” And the problem is, you WANT to give him the prize. He did so much, didn’t he? Isn’t he entitled to his just reward now?

No matter that the Muse is a real person.  No matter that she has her own life, choices, pursuits. It is only convenient that Avantika is a young conflicted warrior, who could easily fall in love with this strapping stranger. What if the face behind the mask were a married woman happily in love with her husband? An old woman? A man? The idea of the hero needing a just reward, usually in the form of a woman and the idea of the woman as a reward, usually for a man’s adventure – both are unsettling and objectifies women. Since the woman is reduced to a prize, no matter what her actual abilities are, she must now be a trophy on display or a possession to be protected.

Which is my second issue with the movie – the “taming” of Avantika. Shakespeare started it. I could never read his Shrew without wincing. Classic? No, just Jurassic. The trope of a man “domesticating” a woman and making her his own, being her master. It doesn’t matter that she is an accomplished, independent agent. She needs to be conquered right and proper, so that his authority is legitimized once and for all. This is why Shivudu had to have an almost-violent love-hate encounter, matching and overpowering Avantika. He HAD to be a better warrior, because god forbid, if anyone, least of all a woman, was more skilled than the hero. No, Avantika HAD to be conquered. 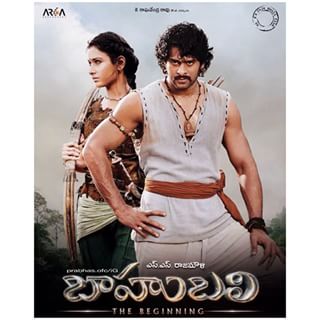 How wonderful it would have been if Avantika and Shivudu had had an actual conversation, if they had shared their dreams and goals, if THEN Shivudu had pledged to fight her fight, ALONGSIDE her, instead of conveniently dumping her in a cast in a corner and declaring that “Everything about you is MINE now, including your goal.” That “mine” – the idea of possession is what is wrong with that love and that MINE is a result of the set-up that woman is the prize of the hero-adventurer.

The story, such as it is, might be excused since it is set in an ancient time and cannot be expected to be informed by modern ideas and might even be doing justice in terms of realistic depiction. But as a film rated “U” by the CBFC, watched by thousands of impressionable children and teens, I wonder if this is the message our boys and girls should be hearing.
Email Post
Labels: Baahubali Bahubali Gender and Identity Hero Prize Review Shrew Taming Woman 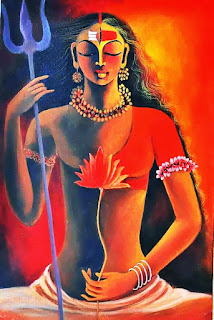 This is the Mahāśivarātri you SHOULD celebrate. Here's why. 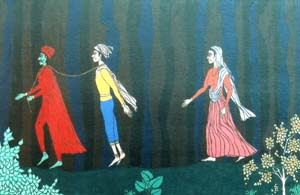 Uncovering the layers of meaning in the story of Satyavān Sāvitrī 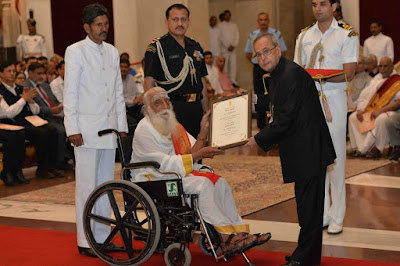 Temple Worship and Management - Learning From The Śaivāgama-s 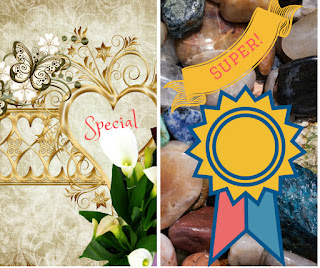 When it's time for a siesta... 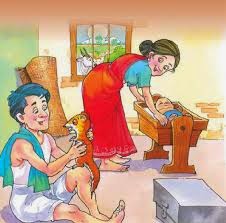 The not-so-happy tales: Part I

Infinite Randomness started as an experiment to explore the new medium of blogs way back in 2005. It has grown from a random bunch of thoughts to complete silence for a few years when I was busy living to a new avatar today when I find more time to collect my thoughts (and greater and more urgent meaning in doing so). However, it is still, infinite randomness. What isn't, eh?